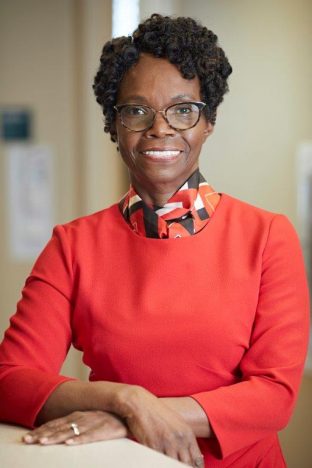 Velma P. Scantlebury, M.D, FACS is the associate director of the Kidney Transplant Program at Christiana Care. She accepted a position at Christiana Care after working at the University of South Alabama’s Regional Transplant Center, where she served as a professor of surgery, assistant dean of community education and director of transplantation. She has been been named to both the “Best Doctors in America” and “Top Doctors in America” lists multiple times.

Dr. Scanterbury’s special interests include: researching the end results of donation and transplantation in African Americans; increasing organ donation in the African-American community through education and awareness; increasing the incidence of living donor transplantation by education; and treating viral infections in kidneys.

"I do my best not let obstacles bring me down but see them as a challenge I overcome ."

B o o k: Beyond Every Wall

". . . first believe in yourself and your abilities, and your value. Do not let others define success for you . . ."

Velma P. Scantlebury, M.D. is available to share her thoughts and insights on transplantation, medical issues, and becoming the first African-American, female transplant surgeon for TV, radio and personal appearances.

For press, speaking engagements, and other media related inquires, please send an email to Inquiries@VPScantleburyMD.com